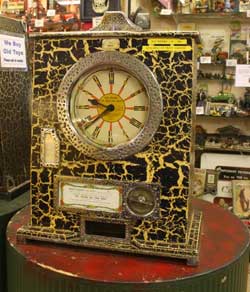 In the late 19th century, coin-operated machines began to appear in shops and on railway stations in Britain selling sweets, stamps and postcards and although these were good sources of profit, it was realised that much more money could be made from amusement machines where no prizes were offered.
At the turn of the Century, Penny Arcades thrived in America with fortune-telling machines (a kind of adult toy) being the most popular. Gambling machines based on spinning dials were gradually introduced to Britain from the USA with prizes of sweets or tokens.

These toys for adults reached the peak of their popularity in this country in the first half of this Century when seaside piers had a full range of ingenious gambling, vending and amusement machines. The selection here at the Toy Museum represents an effort to preserve the history of early slot machines, most of which were operated by one old penny, of which there were 240 in one pound. 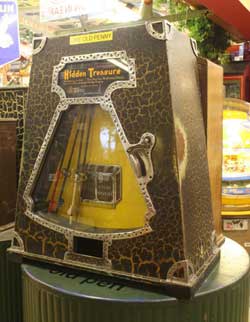 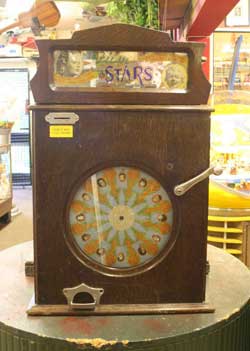 Bagatelle tables, the fore-runner of pinball machines, were popular in this country around 1930, as well as a sort of “vertical pintable” the Allwin machine which was designed mostly to be wall-mounted (you can see examples here at the Toy Museum). “Grab” machines offering small prizes were also popular, along with shooting games which were commonly found during the two World Wars. 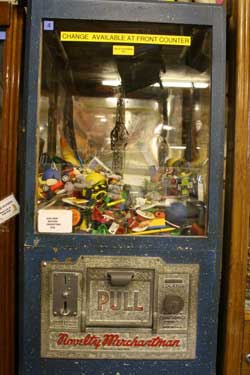 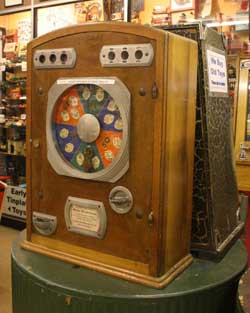 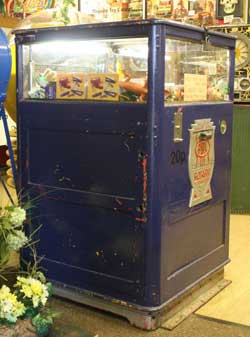 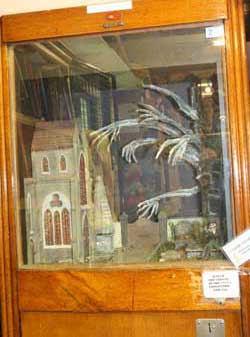 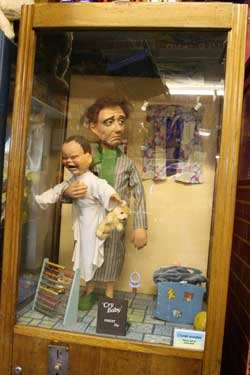