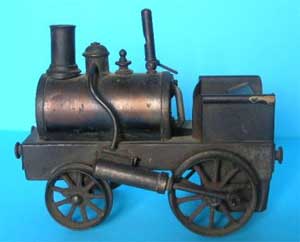 One man was responsible for the creation of Hornby Trains – Frank Hornby who was born on May 15th, 1868. He started work as an employee of one of the many shipping companies in Liverpool.

At the age of 33, he was inspired to patent his own toy company called “Mechanics Made Easy”, which was soon to become known as “Meccano”. The Company grew very quickly with the popularity of his bolt-together construction kits and in 1914 new and bigger premises in Binns Road, Liverpool, were found.

From here, Frank Hornby began to diversify his Company’s range of toys and in 1915, the first railway trains appeared in complete model railway table games entitled “Raylo”. The locomotive was rather unusual, having the front axle at an angle to allow it to run around the sharply-curved track. Production was adversely affected by the First World War, but once the war came to an end, British families, in a show of patriotism, much preferred to buy British toys, shunning the larger German toy train makers such as Marklin and Bing.

This, of course, played into Hornby’s hands and once again, the Company enjoyed huge sales, quickly adding goods sets, passenger sets and individual railway items such as wagons, carriages, signals, stations, crossings and even lead station figures to their range.
Engines came in a variety of liveries, depending on their networks (Southern, GWR (Great Western), PLM. (Paris-Lyons-Marseilles) LMS (London-Midland-Scottish) and so on. A huge variety of rolling stock was also produced to complement the engines and some of the most collectable of all these displayed different advertisements for a variety of products such as Cadbury’s Chocolate, Esso petrol and Castrol oils, Nestlé’s Milk, United Dairies and many more. In addition, cranes, cable carriers, and barrel and wine wagons were also available. 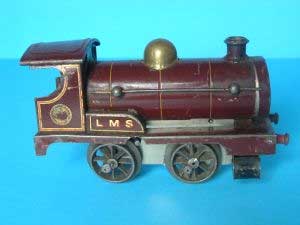 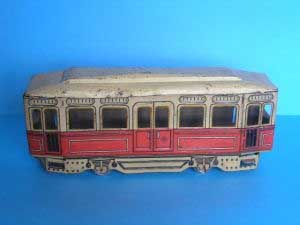 As the fascination with rail travel grew, so the popularity of clockwork train sets increased and further ancillary items were produced such as tunnels, signal boxes, cuttings, goods sheds and water towers and in the early 1930’s lead farm animals and figures swelled the range even further.

In 1932, the 3 rail electric 0-4-0 gauge system was introduced with a 20-volt system centre pick up rail and soon, all kinds of new electric accessories followed such as signals, trackside lights etc. This somewhat primitive system (deemed very realistic by children) eventually superseded the clockwork engines.
Toy Museum – Hornby TrainsFrom 1939, because of the Second World War, no more new toys were to be produced and some manufacturers were asked instead to help with the war effort by making ammunition etc, Hornby shelved its new Dublo system – a smaller electric system – re-starting in 1945 once the Allies had gained victory in Europe. 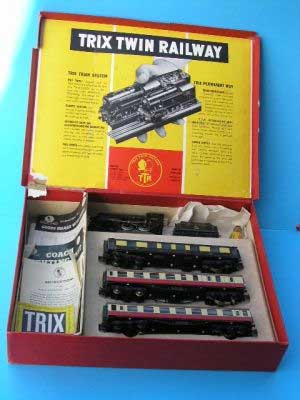 The Dublo system immediately proved very popular and is much sought after by Collectors today. Production continued through the 1950’s, 60’s and 70’s with the tinplate and die-cast models finally giving way to the more economical (but less attractive) plastics.

In 1980, the Binns Road factory in Liverpool finally closed down, due to a serious slump in trade. It was a sad end to the legendary Hornby Company, whose models had encapsulated the development of steam, diesel and electric trains through their beautifully detailed toys.