The largest selection of toys produced have been related to combat, war and self-defence and from the Boer War in the mid-1800’s through to the Second World War, demand for military toys has been high.

There have been many manufacturers of military toys, but one giant producer springs to mind above the rest – William Britain (1893), the first British maker of lead soldiers. Like other manufacturers, the Company grew very strongly after the First World War, their catalogue showing a British lion crushing a German eagle, a patriotic idea which helped William Britain wrestle the toy soldier market away from its rival German makers such as Johann Wolfgang who made flat pewter soldiers, Heyde (formed 1870) and Rieche (formed 1806).

William Britain’s range quickly proliferated into vehicles, aeroplanes, horses, carriages and later a range of farmyard and zoo animals; however, their military range was the most comprehensive and many different regiments of soldiers were produced with highly accurate combat dress and colours. 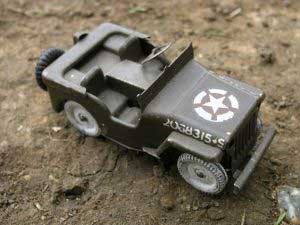 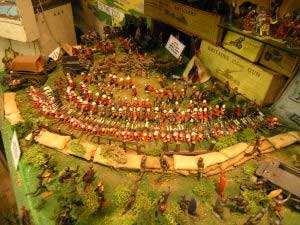 Apart from Britain’s there were a number of smaller, but notable, companies producing military figures such as John Hill & Co, a company formed in 1900 by Mr Wood, a former employee of William Britain, who went on to produce a range that rivalled Britain’s both in size and quality, later issued under the shortened name “Johillco”.

In Europe, French and German toy manufacturers were also making a range of military items; in France, Mignot produced solid, flat and hollow-cast figures and in Germany prior to the Second World War, two notable companies were producing composition Nazi figures – Elastolin, founded in 1904 by O & M Hausser and Lineol, founded in 1905 by Oskar Wiederholz.
Although both Companies had been producing other toys before, they are particularly famous for their Nazi figures – a wide range of storm troopers, Hitler Youth, SS and fighting soldiers were made, as well as single important figures such as Hitler. 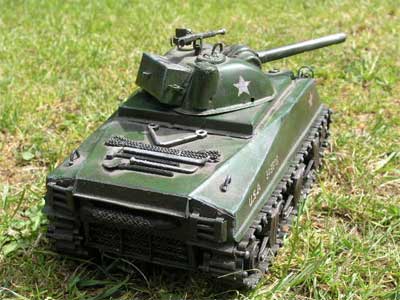 Other German makers such as Tipp & Co, produced tinplate guns, half trucks, and limousines to scale to complement the composition figures.

Elastolin and Lineol figures were virtually identical, the only obvious difference being that the Elastolin bases are round, while Lineol’s are square.

Military toys experienced a decline through the 1960’s and 1970’s, gradually becoming superseded by space-related toys. However, a range of military Action Man figures was produced and the Gulf and Falklands Wars have served to keep military toys in the shops, but the interest in them comes nowhere near that of 40 or 50 years ago.