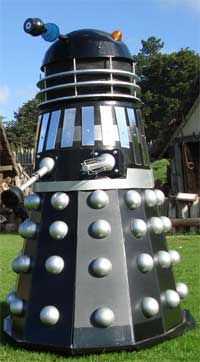 The advent of television brought with it a few (black and white) programmes for children such as Muffin the Mule, Bill and Ben, Andy Pandy, the Wooden Tops and Archie Andrews, but there was not the wealth of merchandising to accompany these early series, so any items related to these are now relatively scarce and, therefore, sought after by collectors today.

By the early to mid 1960’s when more homes had television sets, a wealth of children’s series and films began to appear; toy manufacturers quickly became aware of the commercial potential of producing merchandising related to such programmes as James Bond, The Man from UNCLE, The Avengers, The Saint, Batman, Dr Who and Star Trek.

Also in the 1960’s a huge variety of rock’n’roll related toys and other merchandising was produced to coincide with the massive popularity of groups and musicians of the era – Beatles’ dolls, stockings, bubble gum and guitars, Elvis Presley radios & watches, Monkees items (including a car by Corgi), all flooded on to the market.

Once sales of these were successful, more bizarre items began to appear such as Kermit the Frog space hoppers, Superman clothes brushes, A-Team air fresheners, Beatles talc – examples of which can be seen at the Toy Museum. In fact, manufacturers displayed great ingenuity and there seemed no end to the range of unusual items produced to satisfy demand. Even today with new cartoons and action series appearing all the time, the range of toys related to these subjects continues to grow.

The TV and film related toy sector which now spans some 50 years is the fastest-growing area in toy collecting today. 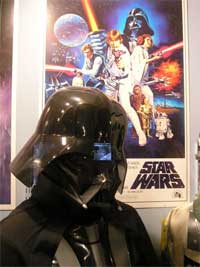