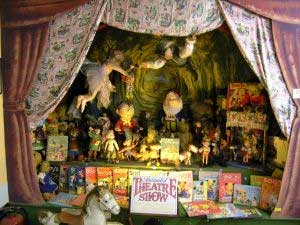 Manuscripts from the Middle Ages make reference to “puppet shows”, although very little is known about the shows, except that they were exhibited by travelling fairs in a “Punch & Judy” format.

Towards the end of the 18th century when childrens’ playthings became more closely linked with the life of the child, there was a move towards educational toys, books and papers.

Toy Museum – PuppetsSimple cut-out prints of theatrical characters were sold to appeal to both children and adults alike and soon, scenery was also produced on printed coloured sheets, together with simple plays for people to perform.

The appeal of the Juvenile Theatre first captured the imagination of continental children, but around 1850 in London alone, at least 30 companies were publishing plays and printing sheets and characters, the more notable names being Martin Skelt, W Webb & John Redington, with Benjamin Pollock following later.

Several companies laid claim to being the first to have produced toy theatres, with J K Green and William West among them. 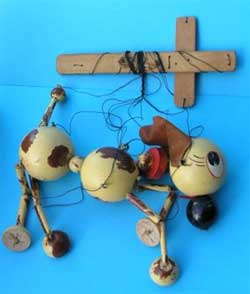 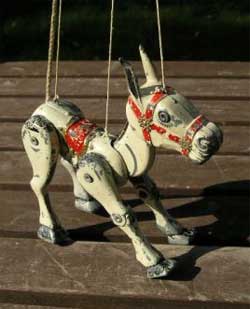 Puppetry enjoyed a revival after the Second World War in Britain when more homes had television sets and children could watch many shows featuring “humanised” puppets – favourites such as Bill & Ben, Muffin the Mule, Sooty and Basil Brush. Around 1960, one of the most prominent puppet-makers in England was Pelham Puppets.

A wide range of puppets and theatres were produced and their early “Muffin the Mule” is one of the rarer and more collectable today, along with their “Skeleton” with extendable head. Pelham also produced Disney characters, a series of Wombles figures, clowns and gypsies. Later, the Company enjoyed further success with a series of “Thunderbirds” puppets, released to coincide with the television series.

There is a strong interest in Pelham Puppets and theatres today – in fact a thriving Collectors’ Club exists and several Pelhams can be seen here at the Toy Museum in our Puppet Theatre. 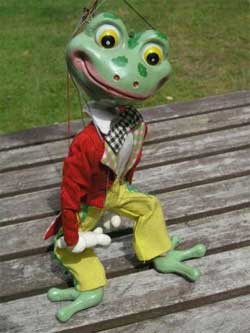 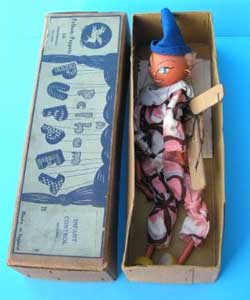 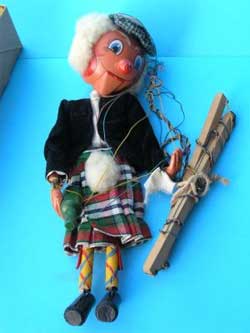